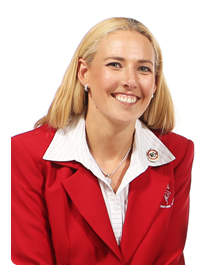 Narelle has been involved in BJP Physical Culture for over 30 years. She is well respected within the BJP Physie Community as a Teacher, Judge, and Competitor with over 17 years teaching experience as a BJP Associate.

Narelle’s passion for physie started when she was 5 years of age. As an individual competitor Narelle has competed at all levels of competition, regularly making it to the National finals held at the Sydney Opera House. She has been a part of many successful teams and still enjoys competing today as an Open Lady where she regularly places at a National Level.

As a Physie teacher Narelle has had many successes in both individual and team competitions, producing national place getters and winning teams.

Narelle is a very passionate and dedicated teacher who likes to see all of the girls she teaches enjoying their Physie. She loves watching them improve and grow in confidence, as individuals and team players.

When Narelle is not at Physie she is a Primary School Teacher with the Department of Education.

Narelle loves Physie and believes that Physie has helped her become the person she is today.

Narelle is looking forward to an exciting year of Dance, Fun, and Friendship at Bella Vista Physical Culture. 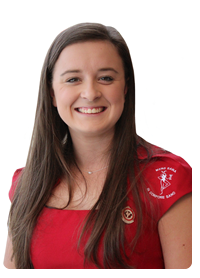 Tayla has a passion for Physie and began teaching at Bella Vista in 2015. Tayla began Physie at the age of 5 and she has competed both in individual and team competitions.

Tayla has had quite a successful Physie career making the National Finals as both a junior and a senior competing at the Sydney Opera house on the concert hall stage.

She is dedicated and passionate about Physie and has an eye for detail which has helped the students at Bella Vista reach their goals.

Tayla has a wonderful rapport with the girls and is a great role model both on and off the Physie floor.

Tayla is currently at university studying to be a teacher. She is looking forward to another fabulous fun year at Bella Vista Physie.